The Gift of Fear

And Other Survival Signals That Protect Us from Violence

The Gift of Fear is captivating and profound. It’s a guide on learning how to listen to your instincts or that gut feeling like an internal alarm. The author, Gavin De Becker goes on to examine the details, including indicators and red flags which victims frequently ignored that led to heinous crimes. Gavin discusses the way women are conditioned to be nice all the time, which can lead them into dangerous situations. According to Gavin, “The fact is that men, at the core, are afraid that women will laugh at them. And women, at the core, are afraid that men will kill them." Women are raised to be cordial and polite. They then have a hard time saying no or being impolite for fear they may hurt someone’s feelings. In the greater scheme of things by discounting their gut feeling they are putting their own safety at risk. Identifying and evaluating dangerous situations based on the sound of someone’s voice, a gesture, or a word could be the difference between life or death. In an instant, your mind recalls terrifying events related to a word or gesture and begins to connect the situation like a puzzle, attempting to associate when it was you experienced similar fear to this incident. That match will then sound off a mental alarm giving you a split second to make a decision.

The book is engaging and provides lessons in safety and situational awareness. During the course of the reading, it does not occur to any victim that they are at risk of being assaulted or killed. Never do we ever think that some unknown suspicious person is looking around to make sure no one else is in earshot before the threat of violence. Offenders notice your alarmed appearance and work on creating doubt in your mind by gaslighting you. They become masters of their trade and they determine what works and what does not. It is trial and error. They then make persuasion and disarming people a part of their second nature. Having these manipulative set of skills, a criminal then begins to get smarter and progress until they graduate to a level that can lead them to hide in plain sight. The offender may later be identified as a best friend, a son or your husband. Gavin outlines one of the most accurate statements about women related to the word (NO). "When a man says no in this culture, it's the end of the discussion. When a woman says no, it's the beginning of a negotiation." Women have an innate quality that everyone deep down inside is kind. Even if there is a mental alarm going off, women tend to make excuses for people and their behavior. In order to defuse that internal uneasy feeling, women will come up with a justification for such actions. In Law Enforcement eyewitnesses are the most unreliable sources. We then say, believe half of what you see and none of what you hear. Rely on yourself and that first gut reaction. Do not listen to anyone tell you otherwise. Similar to taking a test. You are told to never change your first answer, your first choice is commonly the right one. Embrace your gut feeling it will save your life. 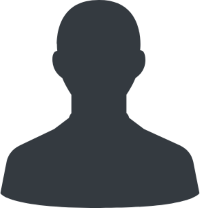 Meet the Reviewer
Officer Joan Velez is a twelve-year veteran of law enforcement who is passionate about her community and police work. Joan is a member of the Crisis Negotiator Team, Honor Guard Unit, Bicycle team, Explorer Advisor, Crime prevention, and CIT trained. Joan works at the Suburban Law Enforcement Academy teaching recruits the hazards of traffic stops and in progress scenarios. She also presents Crisis Negotiations at the Citizens Police Academy. Joan holds a Bachelor’s Degree in Business Law from DePaul University and a Master’s Degree in Forensic Psychology from The Chicago School of Professional Psychology. Joan speaks fluent Spanish, limited proficiency in Russian, and is currently enrolled in a Modern Standard Arabic course. When Joan isn’t working or volunteering, you will find her working in carpentry and mechanics, from framing a room, laying tile, to working on her car. After spending a decade participating in outreach policing projects, Joan knows what truly motivates people. Sincerity, finding common ground, and connecting with those you’re trying to help.
Back to index